10% EXTRA OFF EVERYTHING | DISCOUNT CODE SPRING10

I live in the UK, why do I need Flyscreens ?

This question has passed the lips of many of my acquaintances in the course of my travels to promote their use and make a few sales.

I can give them all the same answer – Flies spread disease !

Simple answer, but of different importance to different groups of people.

To the businessman or woman running a food preparation operation, there is legislation which insists that Flyscreen protection is an integral part of pest control and Food Safety Hygiene under EEC Regulations which have been growing stronger since their adoption in 1995.

The local Environmental Health Officer (EHO) will dictate the Insect Screening requirements for each set of premises – which can include any Windows that can be opened (even if they are never opened) doors to the outside, even if they are Escape routes and high traffic doorways in constant use, where flying insects can get into the food preparation area.
Because, we should all be aware that flying insect species are multiplying in the UK now as a result of transference with foodstuffs or prevailing winds from the Mediterranean bringing Mosquitos to our shores. The climate here has changed such that the Winters are not severe enough to kill them and so, surviving, they will grow rapidly in numbers and soon become naturalised to Britain too.
This is, of course, the way the deadly animal disease " Blue Tongue " arrived here and how it is being spread across the country.

To the Mother of a new-born, who may be at risk from the diseases brought in nowadays - and the infirm and elderly, who may suffer from wasp stings because they can't get out of their way when they strike,  to those who suffer painfully as an aftermath of bites and stings, the same applies – keep out the flying insects and reduce the risk of harm or disease. 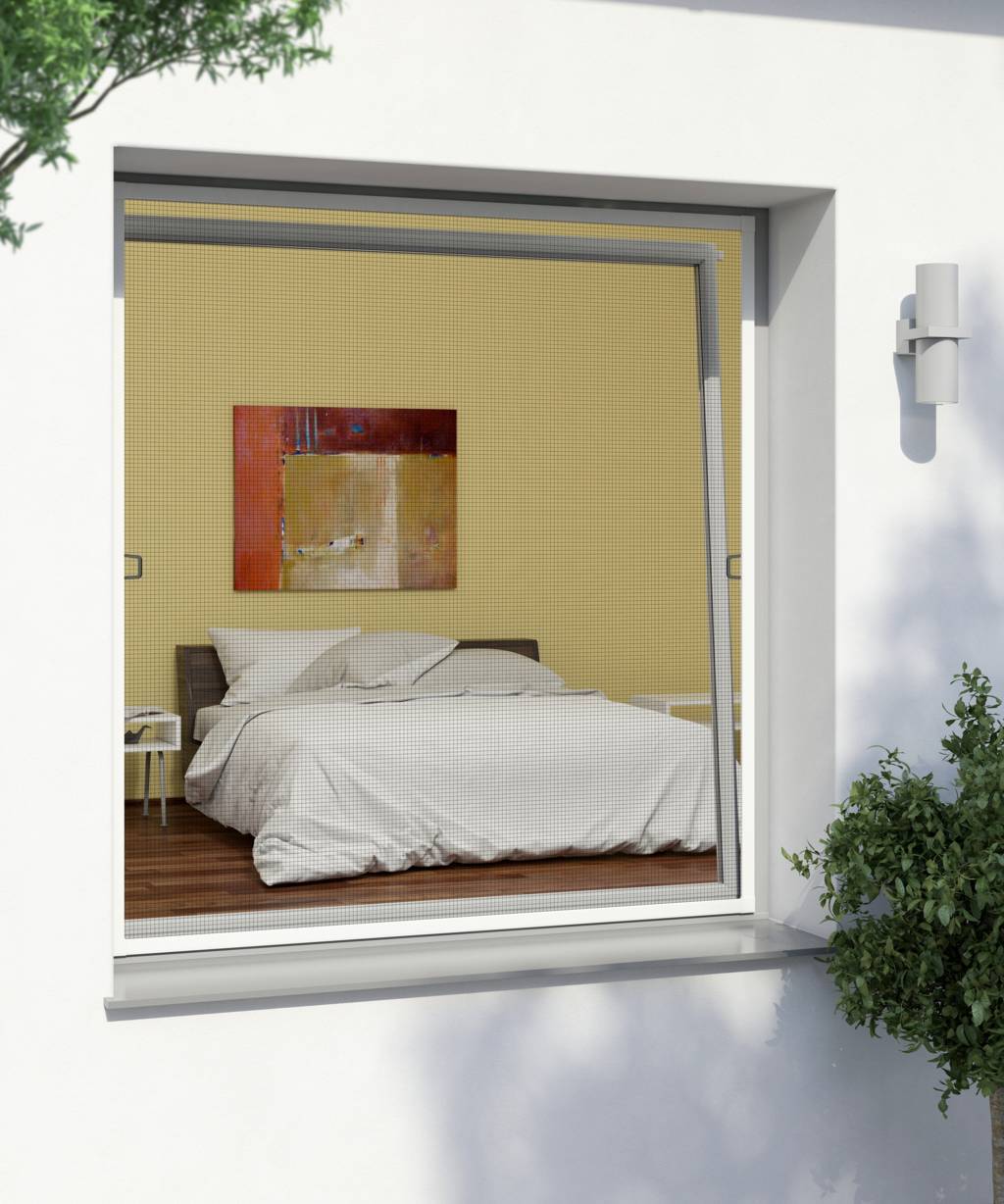 Did you know that there are over 87,000 different fly species alone ?
The common house fly is " Musca Domestica "

The fly is one of the fastest flying insects in existence and capable of travelling up to 35 kilometres (20 miles) feeding as it goes.

Flies are one of the biggest disease carriers in existence
Flies carry bacteria that can cause Tuberculosis, Typhoid and many other diseases.

One fly can carry over 33 million disease-causing organisms on the inner and outer surfaces of its body.

Flies feed and reproduce on filth, decaying matter, water and are even known to lay eggs in live flesh! (open wounds, cuts and sores) in humans and animals.

One season can breed as many as 25 generations.
Theoretically, if all survived and bred, the offspring from a single pair of flies that mated in April would cover the Earth's surface to a depth of over 12 metres (40 feet ) by August  ! 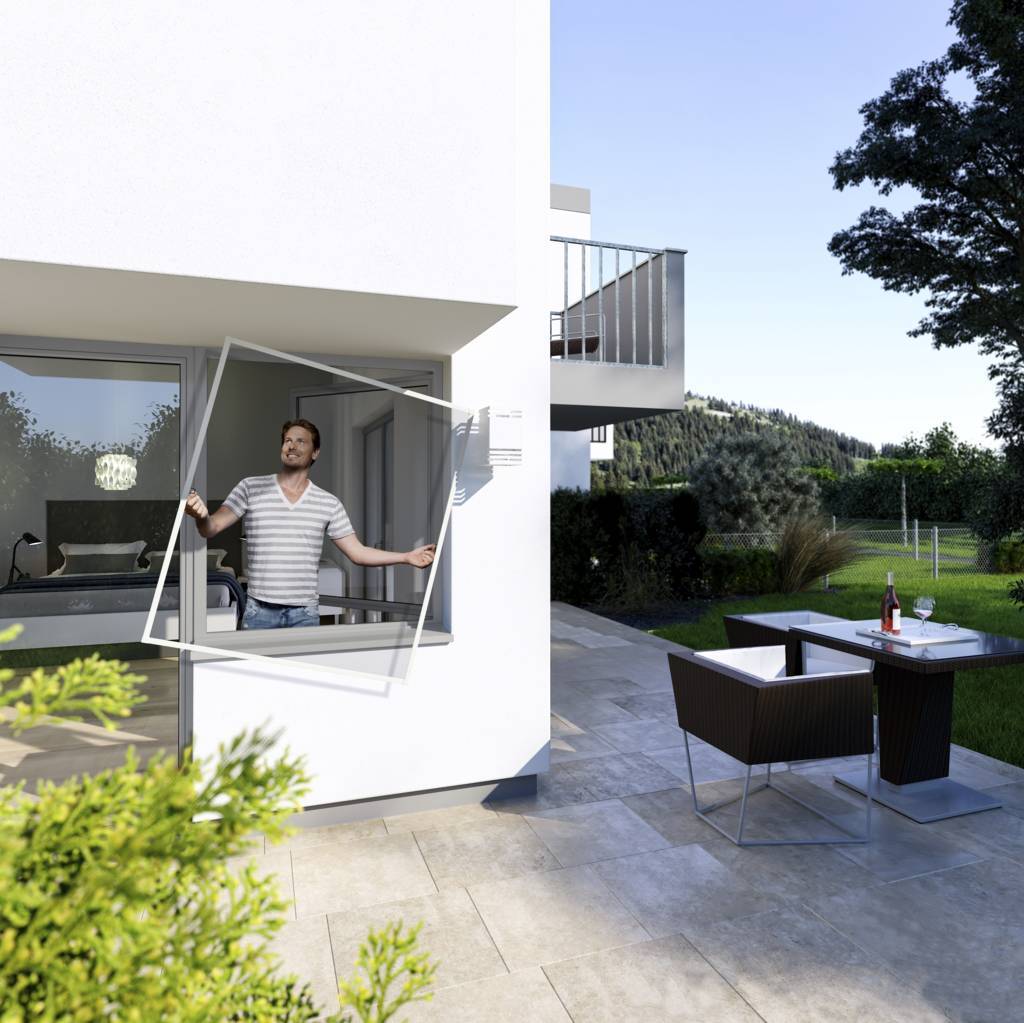 A fly can infect food merely by landing on it.

Flies cannot eat solid food. – they vomit on it until it is liquid, usually stamping-in a few million germs for good measure. Then, when it's really runny, they suck it up again – probably dropping excrement on it at the same time!

Finally, when they've finished poo-ing– it's your turn!

SO MAKE SURE YOU WASH YOUR HANDS WELL, IF YOU SQUASH A FLY BARE-HANDED!

If you are interested in buying  fly screens for residential or commercial use, have a look at our range of products which are available to buy online, by clicking here.

How to Video: Measure and Install INTU Pleated Blinds

Looking for instructions for how to measure and fit INTU Pleated and Duette Blinds? This bead-fit pleated blind system is really simple to measure and instal...
Read more
13
Feb

We’re excited to announce that we have partnered with Klarna to bring you new ways to pay for those beautiful blinds at checkout. Pay in 3 monthly instalm...
Read more
10
Feb

What are Perfect Fit Blinds?

VIDEO: Roller Fly Screens for Windows - How to Operate

Our roller fly screens for windows are an excellent way of letting fresh air circulate into your home, but keeping out flying pests and creepy crawlies. They ar...
Read more
01
Jan

Our 2022 January Sale is now on! Newblinds.co.uk is offering 20% off all blinds and fly screens - both manually operated and automated during the month of Janua...
Read more
Trustpilot